Facebook is a social and dynamic platform that continually adapts to new technologies and new user behavior. For this purpose Facebook constantly renews its tools to give users a better experience of the platform. At Easypromos we are also in a continuous state of evolution, constantly adapting and renewing our products in response to the new possibilities and tools that Facebook offers, enabling administrators to create better contests and promotions for their users.

Now we have added a new viral system for Easypromos and a more modern and flexible invitation management engine, which allows administrators to:

This new system is now working for the Premium version of Easypromos and it will soon be available for the White Label version. We also intend to incorporate it into the Basic version within a few weeks.

We will now explain how the new viral system works, outlining the changes that have been made.

The most noticeable change has been made in the final screen of the registry flow, when the user completes the entry form.

On the final screen the user can: 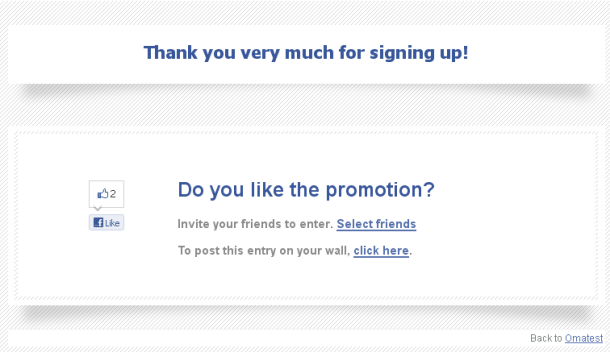 New viral system when a user enters the promotion

As can be seen, we have kept functionalism the same while renewing the tools and redesigning the screen to make it easier for users to share the promotion.

The new tools are:

1. Like button: by just pressing the button the post will be published on the wall, without need for previewing it.

Note: at Easypromos we are aware of Facebook’s best practices, and for this reason a user of any promotion won’t be able to send more than one invitation to another user. 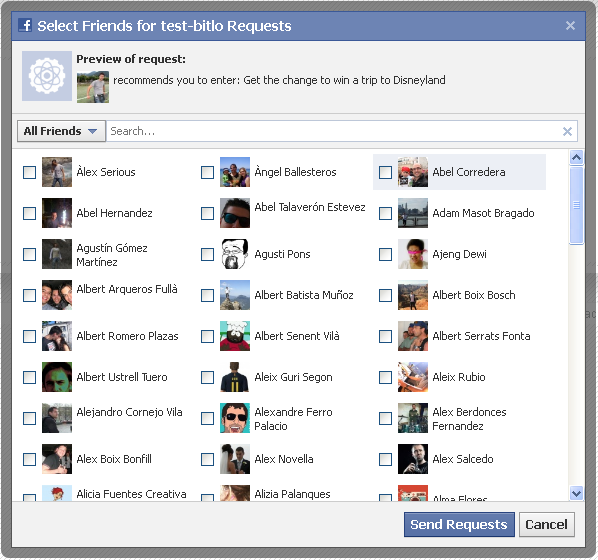 The new viral system maintains the statistics that it had up until now: it’s possible to see if a user has posted a publication on his or her wall (using the Like button counts as a wall post), and the number of people invited by a user can also be seen.

B) Visibility of the invitations = More distribution = More visibility

With the new invite system, invitations to a promotion gain greater distribution. We will now explain where the invitations are received.

2. Bookmark: The application bookmarks can be found in the menu on the left of the user’s home page (News Feed). The bookmarks only appear if a user has already installed the application. When a user receives an invitation, he or she will see the number counter next to the bookmark increase and this will attract his or her attention and encourage participation. 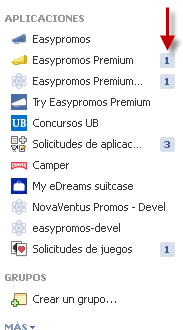 Bookmarks for applications on the home page

3. Application ticker: When an application is being used on Facebook, the user can see information about other installed applications in a column on the right. In this area the user can see all pending invitations to promotions. This is only available to users who have already added the Easypromos application. 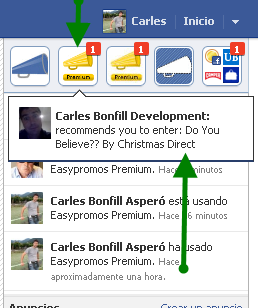 Notification in the application ticker area

4. Pending invitations screen: This can be accessed from the same bookmark menu and it shows all the pending invitations on Facebook. In this screen a message appears from the user who has sent the invitation, indicating the title of the promotion that he or she is inviting another user to enter. 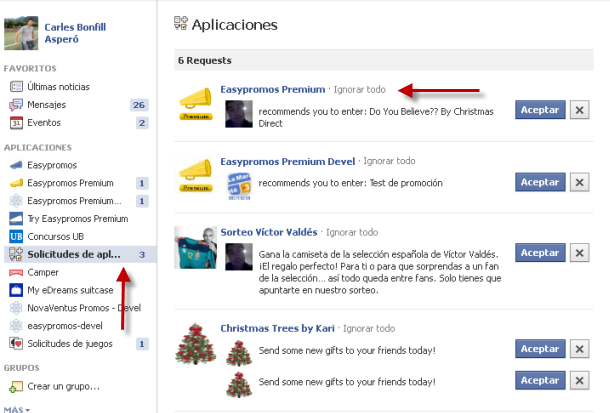 With the new viral and invitation system we have transferred the internal motor for invitation management to a more modern, flexible and scalable platform, which will allow us to add new features and invitation points within the promotion in the future. This will enable us to improve: 1) the benefits of Easypromos, 2) user experience, and 3) the visibility of the promotions.

We will continue to inform you about all the new features, but for now we can inform you that this will make it easier for users to obtain votes, it will make Easypromos compatible with mobile devices and it will offer administrators more detailed statistical information regarding invitations (conversion of invites to entries, conversion of invites to votes, list of invites, and so on). 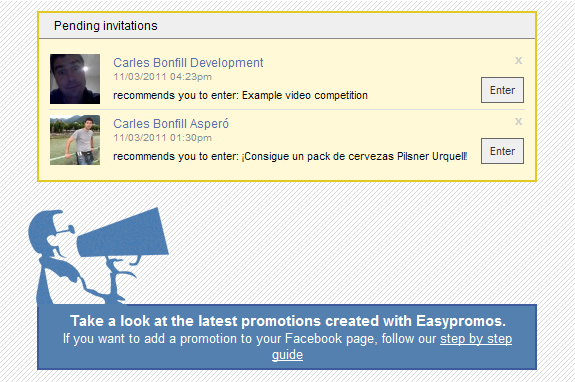 Invitations to pending promotions inside Easypromos

Easypromos and their community of developers have worked together with Facebook to redesign the pop-up window for accepting permissions in Facebook.

In order to increase the percentage of acceptance of application permissions, Facebook has created a new permissions system which allows applications to express better because it makes it necessary to seek Facebook permissions from the users.

In addition, the new design will decrease blocks on applications, as Facebook can request permissions from users just before entering the application, thus increasing the credibility of the applications.