The following case study outlines the creation of a summer campaign based on a photo contest with voting. The protagonists were the small Pinypon figurines. Participants were asked to take photos of their Pinypon figurines during their holidays and post them on Instagram, accompanied by the hashtag which had been enabled for the contest. All the photos were presented automatically in a gallery, where they could be viewed, shared and voted for. The prize was two nights in a hotel in any city the winner chose. Users uploaded around 400 photos, and the brand’s Instagram profile gained both notoriety and followers.

Territorio creativo is a Social Business creative agency that helps the most innovative companies evolve from publicity marketing to customer-relationship marketing, strengthening customers’ connection with the brand and product in order to boost the company’s competitiveness. With over 15 years of experience, they boast many multinationals amongst their clients, including L’Oreal, Famosa, NH Hotels, Armani Beauty, Toyota, Paramount and Openbank.

Famosa is a well-known toy manufacturing company, which has, since 1957, been the biggest Spanish-owned toy company, and the industry leader in both Spain and Portugal. It has a significant presence in over 50 countries, including France, Italy, Mexico and the USA. It is the parent company of brands such as Nenuco, Nancy, Barriguitas, Feber, and Pinypon among others.

It was devised by Territorio Creativo and proposed to Famosa as a summer campaign for their Pinypon brand, with the specific aim of boosting its Instagram profile.

The campaign, entitled “Pinypon Tour” began on July 15 and ended on September 15. Users were asked to upload a photo of one of the Pinypon dolls, taken from anywhere in the world, to Instagram with the hashtag #pinyponTour.

All the photos were displayed in a repository in Facebook, from which users had the option of voting for their favorite. The prize consisted of two nights in a hotel for four people anywhere in the world, and ten packs of “Pinypon Travelers.”

Diffusion of the brand’s Instagram profile: @famosatoys. The main objective was to expand their community and increase engagement across this social network. 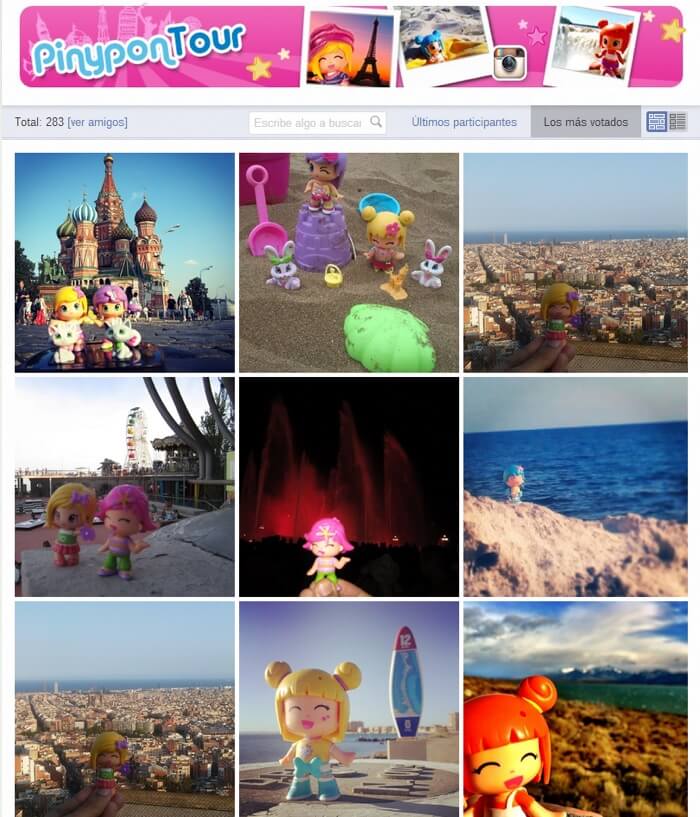 The agency opted to use Easypromos Premium, and set up a photo contest, utilizing the module that permits Instagram integration. The application collected all the photos containing the hashtag #pinyponTour which were uploaded to Instagram, so users could then vote for their favorites. 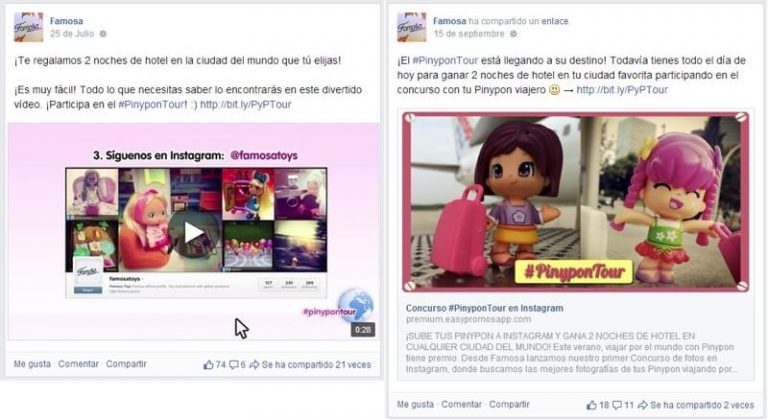 The results of the campaign were as follows: 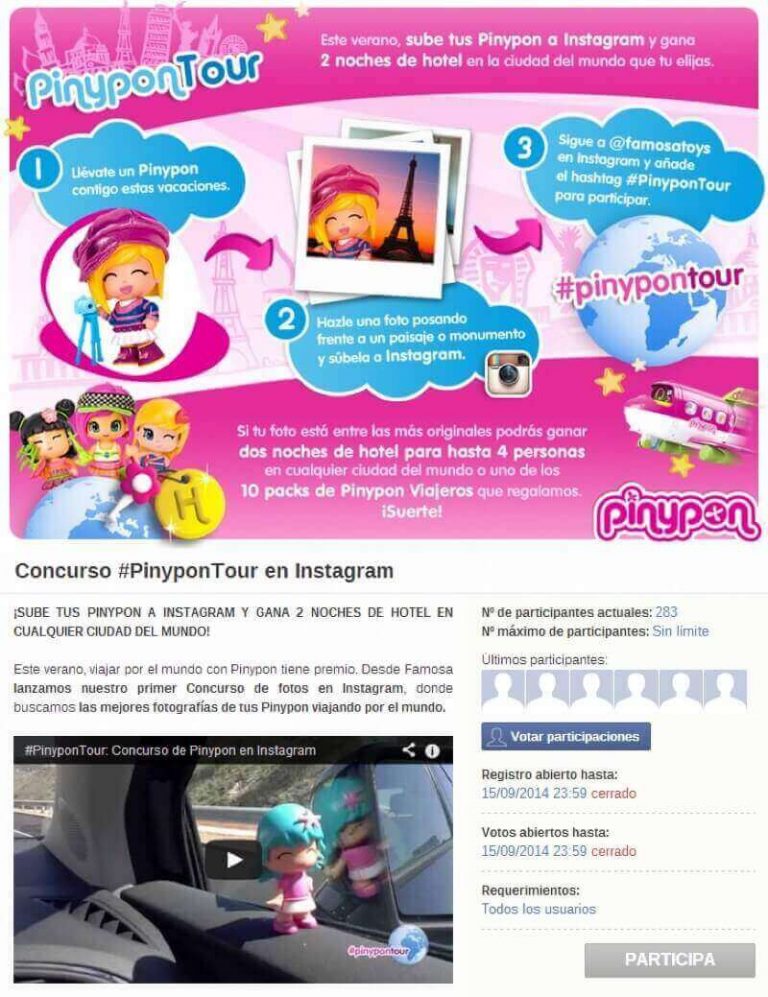 “This campaign has been very well received by our customers and followers, as well as by new users who have connected positively with the brand.

We’ve not only reached, but surpassed, our initial targets for outreach and participation, enlarging our community and generating a whole new lasting community based around the concept of the Pinypon traveler. A connection of great value has been forged between these users and the brand.

The graphic material that we’ve obtained with this contest is exceptional, and we’ve been able to reuse it in other social networks such as Pinterest.

The feature of being able to link the Facebook application to Instagram has been tremendously useful as it gives us the option of collecting all the photos of participants in a Facebook gallery, where users can then vote for their favorites. The operation of this promotion has been extremely satisfactory, intuitive and practical.”