How to Project Photos in a Wedding: Projector Ideas

Like many couples in the 21st Century, David and Blanca met through online social networks. In their case it was all thanks to a Facebook photo. The photo was nothing special, just a typical Facebook picture of a group of smiling friends. It had the usual selection of tags, likes and comments.

It’s surprising where a simple photo like this can lead. David, who wasn’t in the photo, posted the following comment: “Is that brown-haired girl on the left wearing a limited edition Blues Brothers t-shirt?” Blanca, the brunette in question, replied: “Yes! I saw it in a flea market and knew I had to make it mine!” And, as the saying goes, the rest is history.

Three years later, Blanca and David got married. For the wedding they decided to give their guests a fun surprise, while also paying homage to the method of their meeting, by arranging for their guests’ photos to be projected in real time onto a large screen. Here’s how they did it:

Step one: Choose a good hashtag. It shouldn’t be overly romantic or obvious. So instead of #TogetherForever or #BlancaAndDavidWedding, Blanca and David went for #TheJourneyOfBlancaAndDavid.

Step two: Speak to the wedding organizers and ask them for a screen or projector to be positioned in an easily-visible spot, ready for use during the ceremony.

Step three: Make sure that the guests know the rules of the game beforehand. One good idea is to outline them in the invitations: “The official hashtag for our wedding is #TheJourneyOfBlancaAndDavid. During our special day we’d like you to post your photos to Instagram or Twitter along with this hashtag. You’ll see why on the day!”

Step four: Log in to Easypromos and set up the Full Screen tool, ready for the day of the wedding.

Step five: The event begins. As the wedding gets underway, guests take and upload photos with their phones. These magic moments are then automatically displayed in real time on the screen.

The guests were delighted when they realized that their photos were appearing on the screen for everyone to see, while the happy couple was even happier! From time to time David and Blanca stopped to see the photos as they appeared along with the affectionate and amusing posts and tweets: “I hope you’ll be very happy on this special day!”, “The bride’s dress is S-P-E-C-T-A-C-U-L-A-R!” or “We want to see the groom with his tie around his head!”

But perhaps the best thing about it was that the next day Blanca and David were able, thanks to the hashtag, to download the photos that had been taken and posted during their wedding. Then they shared this link with their guests. To make the event even more special, they subsequently used Easypromos to carry out a sweepstakes among everyone who had uploaded a photo. The winner was awarded the figurines from the cake!

In the end, even Blanca’s grandmother was amazed at the wonders of modern technology. The fact that the couple were able to collect all those invaluable photos, while at the same time providing their guests with a unique, fun experience, was immensely satisfying for them. Need we say any more than a picture is worth a thousand words?

Note: Did you like this story? If so, don’t forget to read this post in which we explain all the possibilities provided by the Full Screen feature! 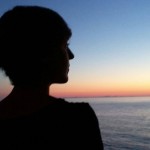