How Salomon used a Twitter sweepstakes to celebrate reaching 30,000 followers

This case study examines the fantastic action carried out by sports brand Salomon to celebrate reaching 30,000 followers on Twitter. Over the course of a single day @Salomon_Spain carried out a new sweepstakes from its Twitter account every two hours. The sweepstakes had a variety of objectives: to engage in branding; to provide support to partner brands and sponsored events and organizations; to loyalize and expand its community of followers. Behind this apparently simple action there was a studied, comprehensive strategy focused on a specific niche market – trail running.

The campaign, which was given the name #Salomon30K, was launched in celebration of the company reaching 30,000 followers on Twitter. It lasted for three days:

The objectives of the campaign were principally:

Salomon opted to carry out sweepstakes in Twitter based on retweets. Specifically, they carried out five sweepstakes during the course of a single day. By simply choosing the prizes carefully, Salomon fulfilled several of its objectives.

During the period of the action, Salomon took advantage of the increase in users to their Twitter profile by including tweets with information relating to:

We can see from this example that by using simple yet well-planned dynamics, combined with specific objectives, it’s possible to obtain very good results. This video tutorial will show you in just three minutes how you can carry out a sweepstakes in Twitter.

“The Easypromos platform has enabled us to quickly and efficiently manage a campaign which would otherwise have consumed many resources. It has provided us with a very high ROI and excellent ease of use.” 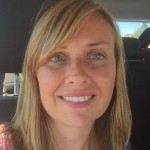