The photo contest Miss Diving Specials has become an annual recurring marketing action for the website Diving Specials that help them obtain user generated content and email addresses for their email marketing.

For the fourth year in a row, the diving deals website Diving Specials has successfully ran their annual photo contest Miss Diving Specials where women from all over the world can enter the competition for a diving cruise by submitting a photo of themselves related to scuba diving. The contest is a great marketing tool for the site which uses the participants’ photos in the promotion of the same contest and gain many new recipients for their newsletter.

If you want to learn more, read here.

Diving Specials is the leading platform for worldwide scuba dive vacation deals up to 50% off. After a short free sign-up, divers have access to exclusive deals on the best dive resorts and liveaboards. Diving Specials features more than 30 exciting dive destinations like Galapagos, Cocos Island, Socorro, Maldives, Red Sea, Palau & many more. More than 40,000 users are already signed-up and save with great deals for divers.

The Goal of the Campaign

The goal of the campaign is twofold:

This is the forth ‘Miss Diving Specials’ contest so it has become an annual recurring action. The photo contest is a great way for the sponsoring partner LA GALIGO to promote their dive cruises. More than 130,000 clicks are expected on the app within the course of the contest.

The Miss Diving Specials is an annual photo contest where scuba girls can participate by simply registering and uploading an image and collect votes. The competition is open to participants from all over the world. The prize is an amazing 7 nights luxury dive cruise for 2 onboard La Galigo, a luxurious liveaboard dive boat, in Indonesia.

The contest is spread on social media platforms as well as a direct newsletter to the company’s existing email database. The submitted images from the contestants were used in the promotion of the contest, especially on their Facebook and Instagram profiles as well as on Snapchat where they actively posted during the contest period

Since public voting is activated, the participants themselves share their entries on social media and in emails in order to get votes. This greatly helps the contest to go viral and get more visits and participants. The winner of the whole contest is the scuba girl who gets the most votes in the voting period. 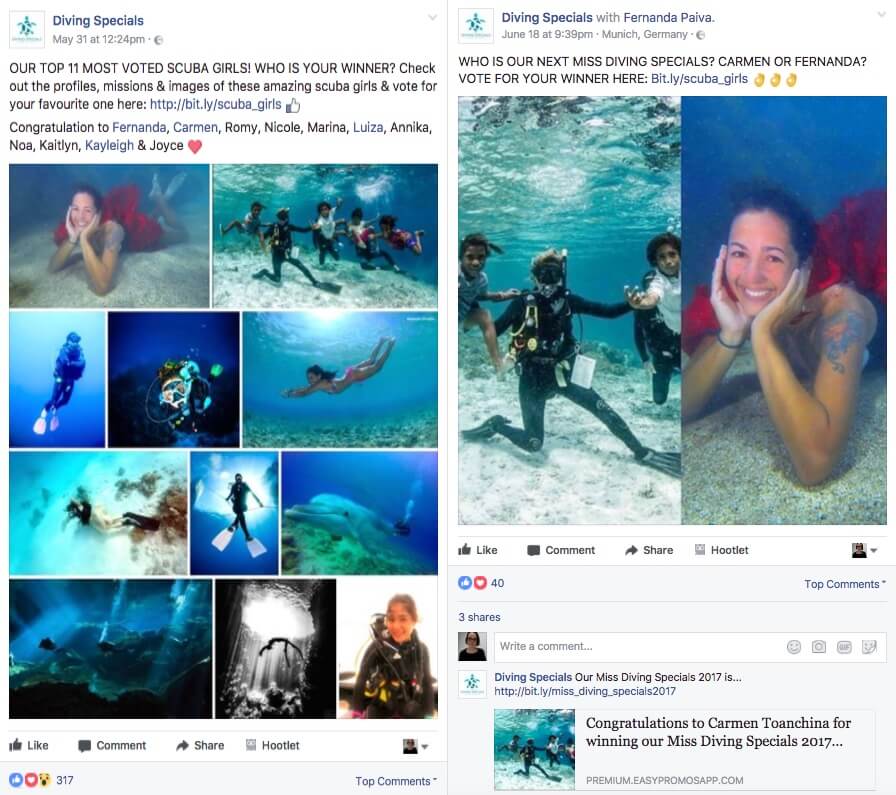 The photo contest received 252 valid entries, 92 more than last year, from all over the world which received almost 18,000 votes in total. The contest site received 53,301 visits and 127,367 page views and was shared 1907 times, mostly on Facebook.

The My Networks layer which invites the participants to follow the company on social networks was shown when entering the home page of the contest and this helps increase followers. In total, Diving Specials social network profiles gained 273 new followers directly from the contest site.

In order to vote, the users have to verify their email address and that way, the contest organizor obtains the email addresses of those who vote. The generated email addresses are used for Diving Specials’ weekly newsletter send-out on their hottest diving offers. 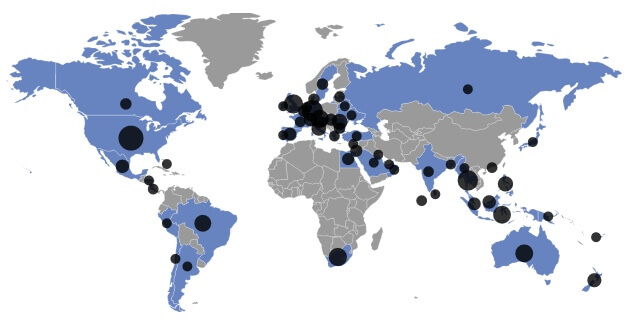 We are using Easypromos for the third time! It’s easy to use and has a great design. The core message is that it’s an amazing marketing campaign and gives us an extra boost in new email addresses to use for our newsletters. This year we could generate 17k new emails! The most convincing fact of why we used Easypromos again is the fraud prevention! Voting contests are fun, but it became common that some girls would buy fake votes to win. Easypromos actively supports the discovery of fraud!