The European Molecular Biology Laboratory wanted to increase brand awareness of the EMBL Events Programme and also learn what scientists within their field in any country are working on. With the video contest #scienceflash they achieved just that. Read more about it here.

This video competition was run by the EMBL Course and Conference Office, which organizes the scientific training programme that welcomes 7000 participants annually and covers practical courses, workshops and conferences across all six EMBL sites.

The EMBL Course and Conference Office had run online competitions in other forms before (picture competitions, facebook entry competitions), and decided that since videos have become one of the most engaging forms of content they would run a video competition.

As the work input is slightly higher for participants in a video competition, they limited the length of the video entries to 15 seconds. This was also done with the aim of keeping the interest of the viewers, and encouraging them to watch for the entire duration of the video entries.

The video contest was named #scienceflash and it was targeted towards scientists throughout the world. Entry was open to all scientists of at least 18 years old who were current scientific researchers. The goal was to find out what people are working on, to share this on social networks, to give scientists the chance to promote themselves, and of course to increase brand awareness of the EMBL Events Programme. 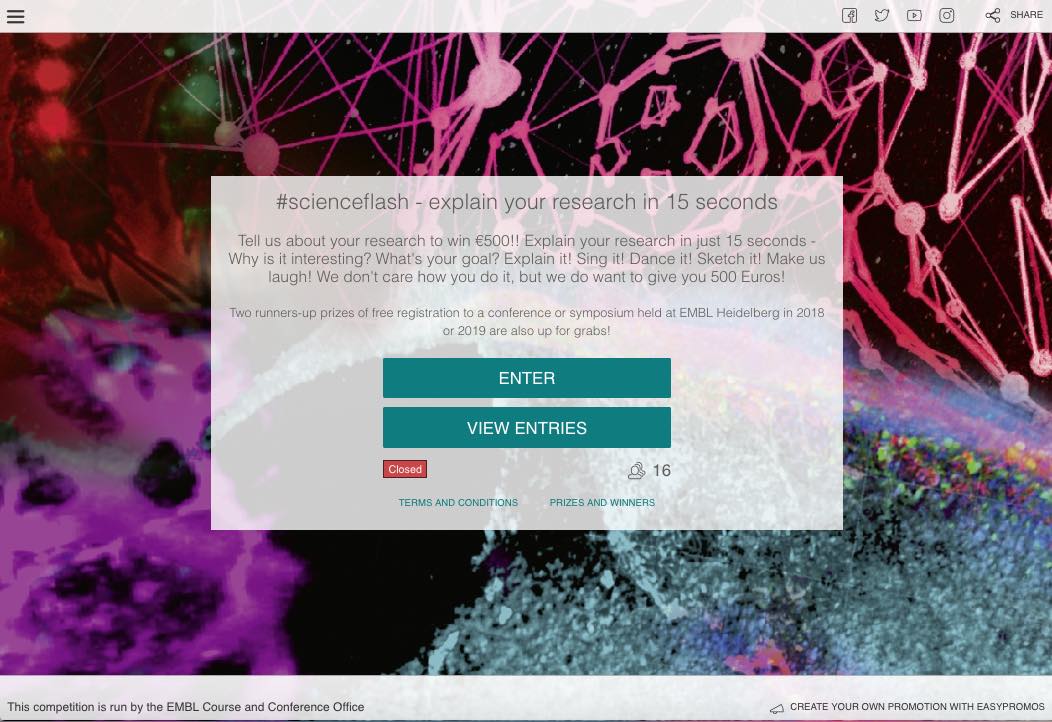 The choice of platform landed on Easypromos that offers the solution of a video contest with video hosting which gives unlimited bandwidth and storage space and also allows participants to upload their video directly from their smartphone, tablet or computer.

The EMBL Course and Conference Office used the option of configuring different periods for publication, entries and voting. The video contest was published and accesible for one week before it was opened for entries for 1.5 months (15th March – 30th April 2018). It was possible to vote from the same day as the entries could be submitted and two weeks after the last participation day.

The first prize was a cash prize of 500€ which was kindly donated by Open Biology. Two runners up prizes of a free registration each for a conference or symposium held at the EMBL Advanced Training Centre were also awarded. The winner and the two runners-up where found based on the number of votes.

The main part of  marketing was done via the EMBL newsletter (a mailing list of around 30,000 scientists) and social media posts. 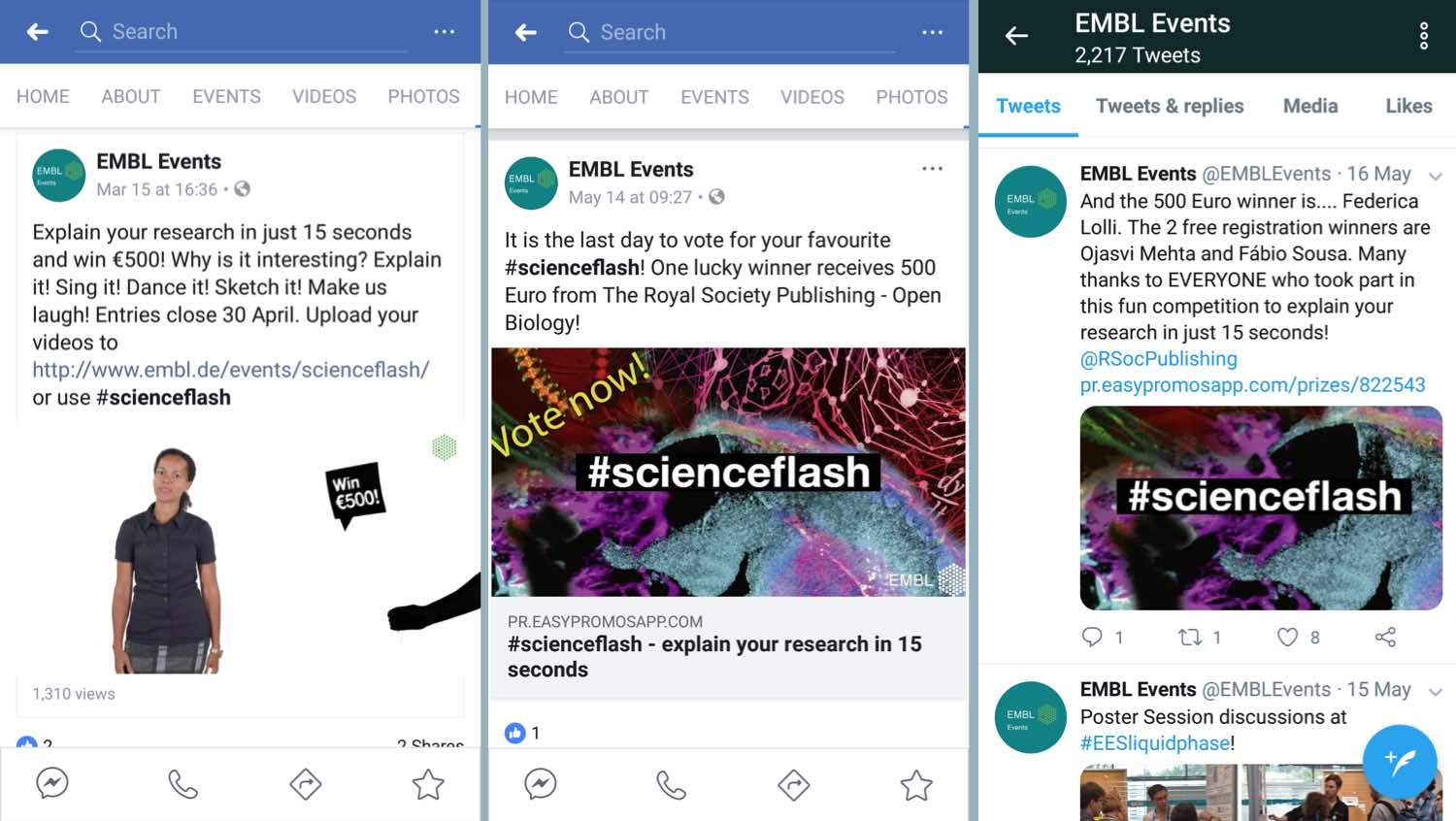 In the end the competition had 16 entries, with most entries coming in during the final week of the competition. Although the number of entries wasn’t quite as high as initially hoped, they had over 3,000 people vote, nearly 17,000 visits and 40,000 page views, and 480 shares which is a really good result for increasing brand awareness.

At this stage the video entries will most likely be used as promotional material should the office run a similar competition in the future.

The reactions from users was very positive overall. The only issue was regarding voting; initially it was configured so that people could vote via facebook, which is the easiest option. However, since some people don’t have Facebook they ended up changing this to voting via e-mail confirmation, which is the more complicated and time-consuming option.

“If we were to repeat the action we might look at increasing our advertising budget to allow us to advertise the competition more widely, and perhaps leave it open longer. We would also look at possibly collaborating with more partners, eg. by arranging more cross-promotional activities with other organizations in order to increase the reach”, says Nicola Vegiopoulos. 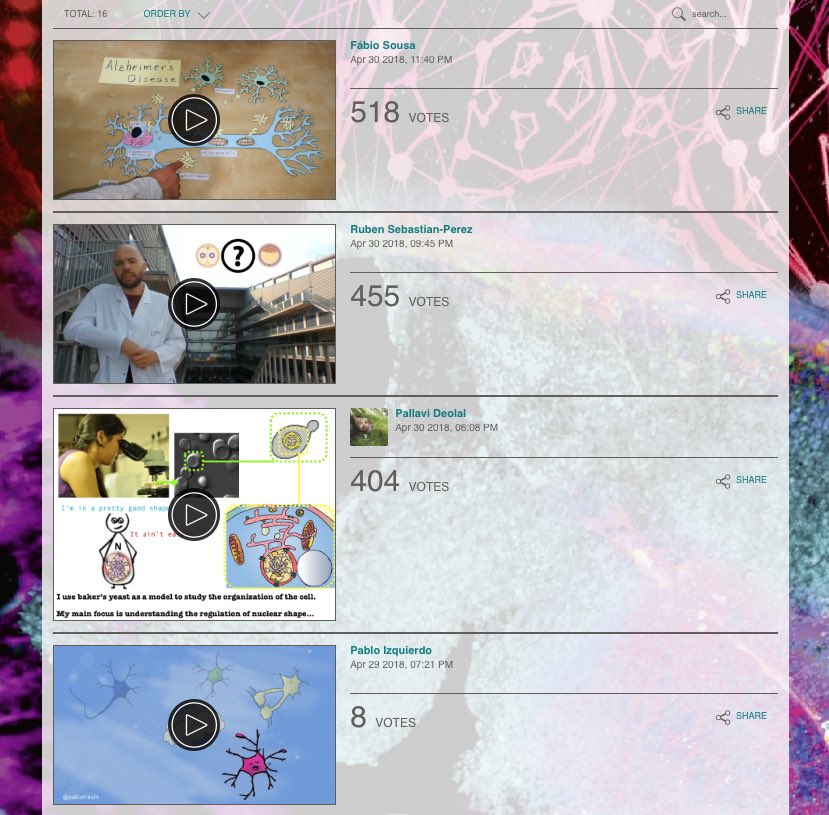 The Easypromos platform was incredibly user friendly and easy to use. The set up of the competition was straightforward, and it was great that users had various options for directly uploading their videos. This wasn’t the case for other options we looked at, who only allowed uploading via a URL. I contacted Easypromos a couple of times with questions, and their responses were always quick, helpful and extremely friendly. I can certainly recommend using the easypromos platform to anyone looking to run a video competition!