Do you work for a company with a presence in several countries and want to launch a multinational promotion? Do you want to carry out a contest in a country other than that of your fiscal residence? There are a number of considerations to keep in mind when organizing international promotions. Some of these include: Which legal frame applies? Are some countries more complicated than others? How to draft the terms and conditions?

Do you work for a company with presence in several countries and want to launch a multinational promotion? Do you want to carry out a contest in a country other than that of your fiscal residence? Here are some keys to organizing international promotions, and some considerations to keep in mind. Some of these include: Which legal frame applies? Are some countries more complicated than others? How to draft the terms and conditions?

In this article we will provide an answer to many of these issues with the help of Sonia Travaglini, director of Promosfera; an agency specialized in international promotions with experience in over 90 countries.

Which legal framework applies when organizing an international promotion?

When you organize a promotion in several countries, the terms and conditions must comply with the rules and regulations of each country. Therefore, when planning a contest or giveaway in a different country, the first step is to review the local regulations and make sure that you are not launching an illegal or forbidden promotion.

Laws regulating promotions may vary widely from one country to another. Some countries do not have a comprehensive law that governs promotions, but rather a series of different regulations compiled in different laws. These could be distributed among legal codes covering consumer protection, privacy, fiscality, copyrights, antitrust laws, etc.

If you aim a single international promotion at different markets at the same time, it becomes necessary to evaluate a set of parameters to see if it’s possible to make up clusters of countries where the regulations can be unified.

Here’s an example of terms and conditions that include several countries.

Are some countries more complicated than others?

There are countries with very lax regulations, particularly those that do not tax promotions. However, it is necessary to draft terms and conditions that comply with the rules and regulations regarding promotions for every country.

Each country applies different regulations. Many countries require a local branch or legal representative in order to organize a contest or giveaway. This requirement is more common in countries that tax contest organization and prizes, and where this obligation does not fall upon the winners.

Italy and Portugal, but also many other countries, involve rather complicated red tape in addition to the fiscal requirements, which includes notifying the relevant ministries. In some cases, it is even necessary to obtain specific authorization from the authorities before launching the promotion.

Check out our article on how to run contests, sweepstakes and social media giveaways in Italy, or this other one for contests and giveaways in Portugal to learn more about what to keep in mind.

Randomly picked or skill based prizes

Some countries forbid random raffle giveaways, such as Belgium and Sweden. In order to organize a promotion that includes these countries, you will need to modify your promotion so that it includes some sort of skill based activity.

Other countries like the USA or Switzerland forbid raffles conditioned to purchases and it is compulsory to include a free entry route to the contest.

Software and communication of the promotion

Sometimes, you will have to adapt online contests to particular conditions. In Italy and Russia, for example, it is mandatory that the servers where the contest data is stored, are located within their borders. In other countries, such as Portugal and the Philippines, the authorities have to inspect and approve the contest’s software.

Another very important aspect is communication. Each country has its own requirements regarding form and content. There are countries that require specific information for every communication format. This may include, the minimum age to participate, gratuity, prize value, participation deadline, etc.

Download this ebook to learn more about international promotions and how to create them using Easypromos’ tools and options.

Prizes are another important consideration. Some countries forbid cash or financial product prizes, others alcoholic beverages or weapons. There are countries that set a limit to the value of the prize, as is the case in the Netherlands or Japan.

The most important moment in any promotion is the prize delivery: from the legal standpoint this is the moment to fulfill the “public pledge” and every country sets its own time and modality. It is at the moment of delivering the prize that we will encounter the biggest differences among countries.

Some examples of this:

We are often asked:  Can we run a promotion in Spain, France, and Italy? The answer is not a simple yes or no. If Italy is involved, complications arise: sometimes it is possible and other times is not. It depends on the kind of contest, its characteristics, and its organizer. This is why we always recommend looking for an expert’s advice.

A more simple example could be that of a contest that includes Spain, Chile, Germany, and the UK: in this case, it would be possible to organize a single promotion with shared terms and conditions.

When a client contacts Promosfera regarding international promotions, the first question is:

As we have seen, running a simultaneous promotion in several countries can be complicated. At Easypromos we offer tools to organize promotions that comply with different regulations but, there might be additional requirements involved. We recommend always contacting a specialized agency to make sure that launching a promotion is entirely legal. 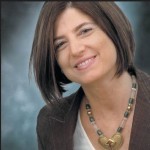 Managing director of Promosfera. Sonia founded the company after having gained experience in publishing, advertising and marketing. She did it with an international vision, achieving her goal of creating a very specialized promotion agency. Sonia is the mother of 3 and she holds a degree in economics and legal management. She spends her free time experimenting with international recipes and studying positive psychology.