How to organize a promotion on a Twitch live stream

Twitch is having a moment. It’s one of the fastest growing social networks this year. Want to know how to promote your brand or business on Twitch? Keep reading!

According to IAB’s 2021 Social Media Study, Twitch is one of this year’s fastest-growing social networks. It is also one of the platforms where users spend the most amount of time. Coincidence? Not at all! The most popular live streaming platform in the world brings together millions of videogame fans, enabling them to watch people playing games, interact with other viewers, or live stream their own gameplay. The platform has emerged as one of 2021’s major trends in digital promotions and has captured the attention of marketers and social media managers.

But, the fact is that rewarding users and keeping them entertained depends not only on offering exceptional content, but on continually creating a variety of ways to incentivize an audience via giveaways, contests and other high-impact collaborative dynamics.Are you ready to launch your next brand promotion on Twitch? In that case you’re going to need to know which types of giveaways work best on Twitch. Take a look at these ideas and get your thinking cap on. There are millions of users out there just waiting to be wooed!

What is Twitch and how does it work?

Twitch is more than just a platform for streaming games. It currently offers music, sports and lifestyle related content. The platform is currently more popular with men, although more and more women are joining it. Twitch is especially popular among centennials and millennials.

Brands and big sports clubs already know that Twitch is a social network that they need to be involved with. Real Madrid, Arsenal and PSG are just some of the super clubs with their own Twitch channel where millions of users link up to share their passions.

The way it works is simple. Twitch enables streamers to broadcast an event in real time, while users interact with the streamer and each other in the chatroom. The streamer has to select the right category and tags to appear in the search results. So what do you think? Maybe you’re still wondering whether collaborating with astreamer or sharing promotions on Twitch is right for your brand? Then let’s take a look at some ideas for running a successful giveaway on Twitch.

Why run a live promotion on a Twitch stream?

The goals behind launching a giveaway or promotion on Twitch are no different than they are on Instagram and Facebook: to boost interaction and gain followers who can then be loyalized.

Collaborating with streamers or sharing promotions on Twitch are highly effective methods of increasing brand awareness, boosting engagement, and capturing data from users who you hope to have an impact on in the future.

3 ideas for organizing giveaways on Twitch

Run a giveaway among users of your channel’s chatroom

This is a simple dynamic to carry out. By using chatbots (tools that allow streamers to interact more easily with viewers of their channel) you can organize giveaways among viewers of a stream. Chatbots provide a series of filters (regular users, keyword, hashtags) to refine the dynamics further. In this instance, the giveaway can be communicated via message to the channel’s chat.

Here’s a straightforward example: imagine you are launching a new line of sneakers and you want to make an exclusive presentation to your Twitch community. During the virtual broadcast you can run a giveaway among all chatroom users who interact with the event’s official hashtag. You’ll be able to choose one or more winners using the official hashtag of the event.

A simple but effective way to keep your audience active throughout the broadcast!

Launch a promotion to capture leads

If your goal is to get as many people as possible to register for your promotion, you’ve come to the right platform. Twitch is the ideal platform for reaching the audience that you’re seeking.

A good way to do this is to collaborate with a streamer who shares your brand values. You can use applications such as Easypromos to create a promotion with your own URL which you can then display in the chatroom of the channel and in the “About” section of the streamer’s dashboard.

Your giveaway could last several days or it could come to an end during the broadcast itself. It all depends on your goal. Another advantage of setting up your Twitch giveaway through Easypromos is that the Easypromos app enables you to only allow users with a Twitch account to participate.

Do you want to reward the loyalty of your subscribers on a monthly basis? Or for a fixed amount of time? If your promotion is not going to be limited to a live broadcast, you’ll have to use a chatbot to inform all your subscribers that you have launched a promotion or giveaway.

To pick the winner, you’ll have to do it via a list of users imported from an Excel, Word or CSV file. This will allow you to draw the prize at random and generate a Certificate of Validity that proves the action has been carried out in a transparent manner.

The importance of organizing a transparent giveaway

Before launching your giveaway or promotion, remember that it’s vital to establish clear rules that are in accordance with Twitch’s guidelines.

Ready to launch your next branded promotion on Twitch? Easypromos can help make sure your promotion is a great success! 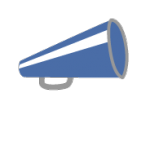