Yelmo Cines is a leading company in the Spanish cinema sector, with over 400 screens. Its 37 locations provide the biggest screens and most up-to-date technology for watching movies. Concerned with the comfort of their clients, Yelmo Cines movie theaters offer total visibility. Their seats are laid out on tiers so that nobody gets between the spectator and the movie. The most advanced projection and sound systems ensure that all the theaters and screens offer a top-class entertainment experience.

After sharing their information in the registration form, participants received a promo code redeemable for a discount in the movie theater, enabling them to obtain a ticket for just 5€, plus a 2×1 option on the medium popcorn menu.

For greater convenience, the participants received the discount codes via email.

Also, one day before being able to redeem the discount, the user received a reminder email.

The main objective of the campaign was to reward clients and consumers of Yelmo Cines with a discount. Another objective was to reach possible new clients and attract them to Yelmo movie theaters. Participants could enjoy their discount coupon on the day specified by the organizer: ‘FAN Saturday’.

The challenge also consisted of ensuring that the distribution of the unique codes worked perfectly via smartphone so that participants could redeem the discount code quickly and easily with their mobile devices. When buying the ticket, users could display their code directly on the screen of their smartphone.

The Promotional Codes system assigned a unique code to each participant after they completed the registration form embedded on Facebook. The promotional code came with tools enabling the user to print and download it as a PDF, thus facilitating the redeeming process.

The Emails Platform automated communications via email with participants of the promotion. Specifically, two messages were programmed to be sent:

The promotion was published on the Facebook Page of Yelmo Cines, and also promoted via other channels available to the company, particularly WhatsApp and Twitter, which used the hashtag #SaturdayFan to dynamize the action.

“It’s a pleasure using the Easypromos solution to carry out promotions, thanks to its ease of use, and the quickness with which promotions can be prepared and launched. With this promotion, we were lucky to count on the continual support of the Easypromos team. The feature of personalized email sending is perfect and it was great in helping us communicate with our participants, both during and after the promotion.

The “responsive” development of the contests, which ensures that users can easily participate from any device, also facilitated participation greatly, as over 50% of users took part via mobile devices.

Finally, viralization via networks such as WhatsApp and Line ensured that the promotion reached even further than we could have imagined.” Find out how the Casa del Libro bookstore chain was able to build loyalty among its members and boost traffic to its website through a virtual escape room. This action attracted more than 3,350 participants who were contacted by email.
Learn more 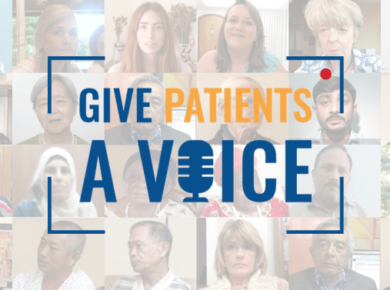 Osteoporosis has been called a "silent disease". But the International Osteoporosis Foundation is raising awareness with a patient-centred video contest.
Learn more