Create an online elimination tournament to drive interactions and engagement from cultural and sports events or digital campaigns. Upload the candidates of the competing teams, individuals, or objects so that the online bracket maker can randomly match them to compete against each other. You can also choose to order them manually. The Easypromos Brackets app allows you to graphically display sports tournaments where participants get a chance to predict the winners of each round. You can also launch online competitions where the winners are chosen entirely by online users. 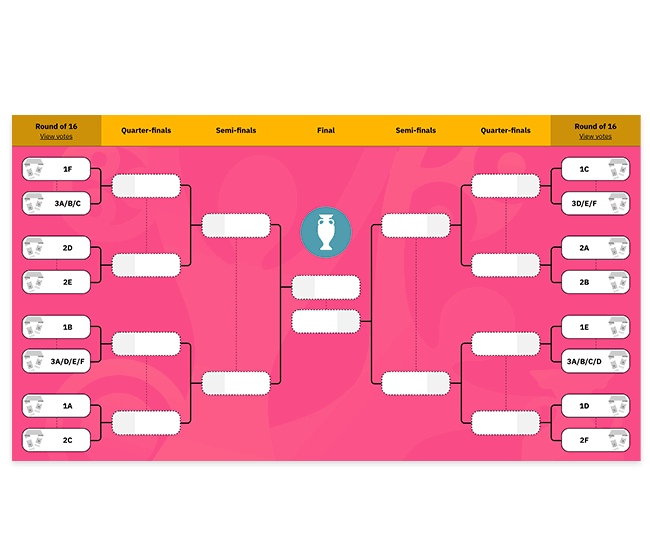 Back to School Tournament Bracket 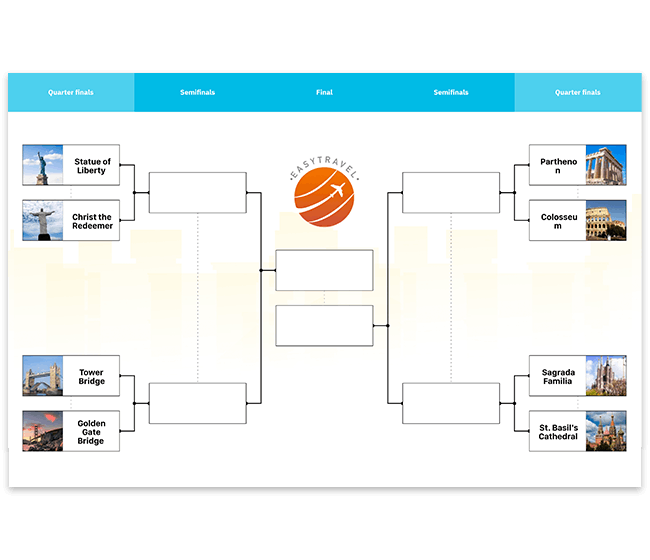 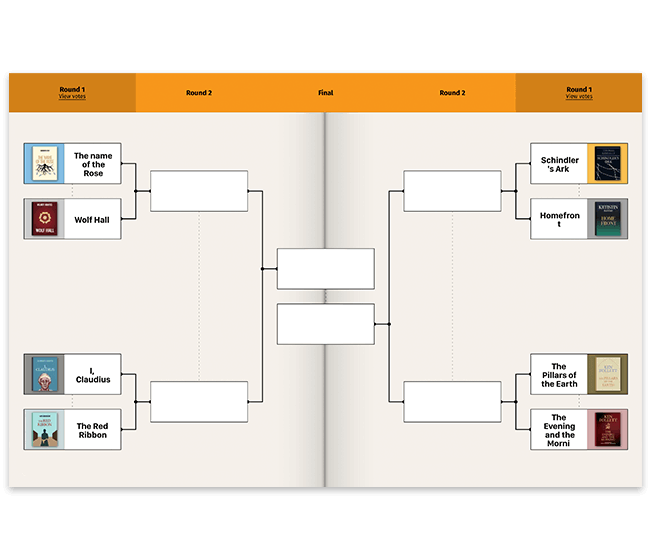 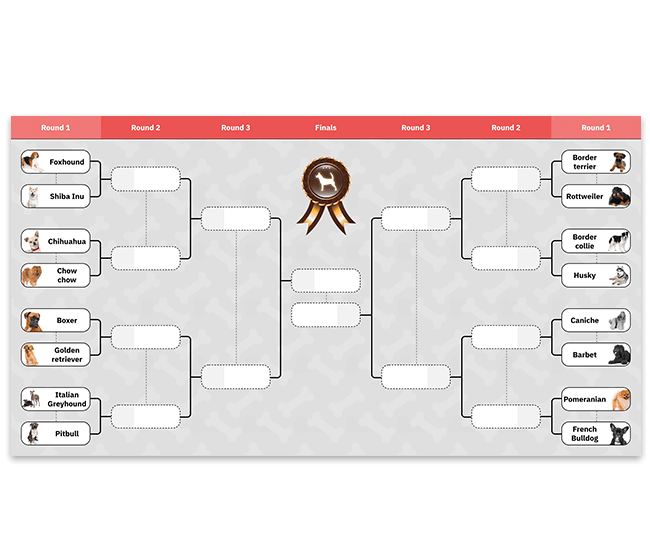 Have you ever wanted to display several candidates and ask the public to choose their favorite? You can now organize a knockout tournament to select a winner of your competition. With the Brackets application, you can launch an online voting tournament, display candidates in twos, and eliminate those that obtain the fewest votes. You can also take advantage of the excitement that sports events generate; organize a Brackets promotion so that your audience can predict winners of tennis tournaments, soccer and basketball leagues, or chess championships among others. This online bracket maker will help you engage your audience by encouraging them to directly interact with your brand while making predictions about the teams and athletes that will qualify for the next round. Apart from boosting brand engagement and reinforcing customer relationships you also get to collect new leads.

Go to chat
View prices in euros VAT not included

IS IT YOUR FIRST TIME USING EASYPROMOS?

Contact us via live chat - we're ready to help with any doubt or question.

How to organize online knockout tournaments?

Digital applications are being widely used to engage online and offline customers. The Brackets application is a great online bracket maker that allows you to introduce all the candidates and visually show the knockout rounds, as well as the teams or individuals that make it to the next round. The audience can predict match scores or vote for their favorite candidates, collecting points for each correct prediction.

Online brackets allow brands to entertain their audience and therefore boost brand engagement. Furthermore, Brackets promotions normally last for several weeks or months as the teams or individuals proceed through different stages and rounds. Take advantage of the excitement generated by such events and engage your audience over an extended period of time. Attract participants with giveaways and prizes after each round and collect new leads.

How to reward participants in online elimination tournaments?

To encourage online users to interact with your brand, offer interesting prizes and raffle them in random prize draws or reward them to those that score the highest number of points. Therefore, apart from the idea of competing against other online users, participants will have extra motivation to enter your promotion. You can also distribute discount codes and vouchers to all voters or those that score a certain number of points.

Can you organize an online event based on sports championships?

Yes, you can generate brand engagement by inviting online users to interact with your brand. Invite users to vote for their favorite candidates or to predict scores of matches and different rounds. Simply create a new Brackets promotion and edit the application to display all candidates etc. You will be able to collect contact details from all participants, as users must register in order to enter your Brackets promotion.

We use our own and third-party cookies to improve our services and only show you advertising that has been suggested by your preferences after analyzing your browsing habits. If you continue to browse we will consider you to have accepted their use. You can change the set up or obtain more information here.