The client: Cute Solar – educational program by the European Union

“CUTESOLAR: cultivating the taste of Europe in solar greenhouses” is a program organized by APROA, HORTIESPAÑA, and AREFLH, and co-financed by the European Union. The campaign aims to educate its audience about the benefits of consuming vegetables and fruit grown in European solar greenhouses. It also puts emphasis on the positive impact that solar greenhouses have on the environment, economy, and society.

The agency behind the CuteSolar Campaign: Sr. Potato

Sr. Potato is a Madrid-based digital marketing agency that specializes in international projects. Sr. Potato provides a professional service at the level of large marketing agencies with a touch of freshness typical for startups. With original ideas and results-oriented strategies, the agency converts its clients into storytellers. In 2020, Sr. Potato was chosen as the 7th top marketing agency in Spain. The CuteSolar campaign was co-developed with Building Ideas.

CuteSolar is an international multichannel campaign, promoted solely on digital channels due to COVID-19. The main objectives of the campaign are to promote the advantages and benefits of consuming vegetables and fruit grown in European solar greenhouses, as well as debunk the myths and negative perceptions that exist around solar greenhouses. CuteSolar also aims to educate people about the positive impact that solar greenhouses have on the environment, economy, and European society. It also puts emphasis on the quality and traceability of the fresh products grown that feed more than 500 million Europeans every year.

In just over two years, the campaign generated more than 20,000,000 impressions on social media. This impressive result came from more than 3,000 social media posts published in English, Spanish, and German. “We also organized and participated in conferences and industry events that allowed us to increase the public’s awareness of products grown in solar greenhouses”, says David de Silvia, the CEO at Sr. Potato. The agency looked to raise awareness among young people and children too, and this is when they put their bets on Easypromos.

A Multi-Game that reached young demographics

The Sr. Potato agency has been working with Easypromos for more than 11 years, therefore, they knew that the Easypromos solutions are very likely to help them once more. “We know that Easypromos offers great value for money solutions that allow us to launch effective campaigns with a little budget and short production times. The pre-configured applications make it easy to adapt them to our needs and embed them on our website”, explains David de Silva.

In order to attract the attention of the youngest target, the agency opted for a captivating Multi-Game dynamic. The promotion combined four interactive games: Memory, Match It, Puzzle, and Word Search. Each of the games was fully customized with CuteSolar’s images, logos, and colors.

All participants that successfully completed the four games entered a random prize draw for a chance to win a personalized tablet. Additionally, the organizers also gave away official campaign mascots.

More than 90% of all registered users completed the games. The Memory game turned out to be the most successful and captivating as it offered the perfect equilibrium between gameplay, challenge, and fun. The second most popular game was the Puzzle; it especially appealed to the younger generation as they got to interact with the colorful characters of the campaign.

Dissemination of the CuteSolar campaign

The organizers launched the campaign on various digital channels, including social media, the website, and Google Ads.

Various press releases and emails sent to users that participated in previous CuteSolar promotions also helped in disseminating the campaign. The organizers also reached out to the biggest schools and influencers.

The results of the CuteSolar Multi-Game

7,436 participants from 15 different countries registered in the CuteSolar Multi-Game. More than 200 users shared the promotion with their friends and the microsite generated more than 80,000 visits, expanding the project’s database by 20%.

Easypromos is a constantly growing platform that allows users to incorporate games, promotions, and contests into their marketing strategy and communications. It’s an easy to use and efficient tool that offers a wide range of different applications that allow you to connect with your audience. 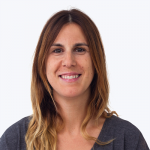 Osteoporosis has been called a "silent disease". But the International Osteoporosis Foundation is raising awareness with a patient-centred video contest.
Learn more

Baby care brand Chicco celebrated Mother's Day in the UK with an enormous Facebook giveaway. Here's how they teamed up with the agency HROC to plan and carry out the Mother's Day giveaway.
Learn more