Founded in 1923, Casa del Libro is currently Spain’s leading bookstore chain. In 1992 it became part of Grupo Planeta, in 1996 it inaugurated its virtual bookstore, and in 1999 it entered a phase of expansion by opening stores in the main commercial areas of all the biggest Spanish cities. It currently has 53 bookstores throughout Spain.

Casa del Libro continues to evolve, reinforcing its rich literary tradition, and boasts more than a million titles in its catalog. Some of the company’s hallmarks include a wide range of content, high standards of employee training, constant attention paid to the latest technologies, breadth of offer, personalization of services, and being a space for reflection and coming together.

Campaign to build loyalty among members

Casa del Libro organizes two campaigns exclusively for members each year. The main objectives of these campaigns are to build loyalty among current members and to attract new ones.

One of these campaigns is Member’s Week which aims to boost awareness of the exclusive benefits provided by belonging to Casa de Libro’s reading community. As well as providing discounts, this campaign includes promotional actions and exclusive events directed at the chain’s target audience and the literary sector. One of these actions involved the creation of a virtual escape room. We’ll be taking a look at that action in this case study.

How can an escape room be used to build member loyalty

For Casa del Libro, the virtual escape room was a fresh, dynamic action that brought the brand closer to its members. In addition to encouraging members to interact with the brand, the action resulted in more visits to the website and, therefore, greater diffusion of the books featured.

The plot of the escape room was very original: participants had to track down their missing suitcase.

The escape room was designed to build loyalty among Casa del Libro members. The dynamic consisted of a series of questions that participants had to answer to discover the location of the suitcase. To answer each question, participants had to go to the webpage and search for the answer based on the clue provided to them.

For each correct answer, the participants received the next clue, and so on until all the questions had been answered correctly. In the end, contestants had to send in the final answer by email. The person who solved the whole puzzle the quickest won the prize.

Casa del Libro used its own email address to manage one-to-one contact with members. This email address was shared with participants who were invited to get in touch at the end of the challenge.

Casa del Libro received lots of emails, but these were easy to manage because using email made it easy for the organizers to see the exact order in which participants’ emails had arrived. Once Casa del Libro knew the names of the three fastest participants, they reached out to congratulate them, inform them what the prize would be, and confirm their addresses.

What were the prizes?

Participants who solved the challenge first won a travel guide and a €20 gift card for the online Casa del Libro store.

How was the virtual escape room promoted?

The action was communicated in a newsletter sent to all members with the subject title “Participate in our escape room! ??️‍♂️”.

The response was so fast and overwhelming that organizers didn’t need to use any other channels to promote the action.

The action attracted over 3,350 participants and generated 71 shares on social media. Since most entrants participated via email, the brand’s member database was shown to be active.

The action also provided a high degree of brand exposure since the dynamic was of long duration and included website navigation. The action turned out to be a fun challenge for participants. As proof of this, here’s a testimonial from somebody who took part:

“The Escape Room was great fun and really original… Congratulations to the Marketing Department for the idea. A great contest!”

Easypromos is an extremely useful tool in our social media strategy. It allows us to create highly varied and fun mechanics, adapting perfectly to each channel. Also, their customer support is second to none.

Kamila forms part of the Easypromos marketing team and holds a combined honors degree in Digital Media and Marketing, currently studying for a Master's Degree in Digital Marketing. Her tasks include everything that is content-related in English, including social media communications, new blog posts, product demos, and success cases. If she’s not working on a new content piece for Easypromos you will find her working out, skydiving, starting a new series, or spending time with her baby girl. «Ellas cuentan» which can be translated from Spanish as “They tell (their stories)” but also as “They matter”, is a charitable event to support and give voice to women facing different kinds of struggles in life such as disease or…
Learn more 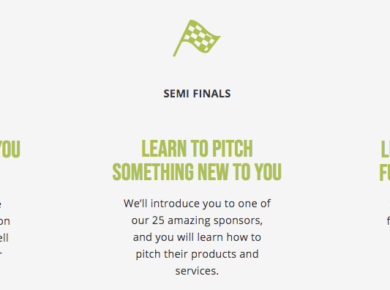