By now, we all know about the value of UGC for building your brand’s image and reputation. Nothing beats it in terms of credibility and reliability when potential customers are shopping around and most likely you’ve already organized at least one promotion aimed at gathering UGC. However, there is also a possibility that when any of us thinks of user-generated content, photos and videos will not only be the first thing that comes to mind but the ONLY thing that comes to mind.

We’re not saying that photos or videos are not of high value, but by all means, they are not the only ones, in fact, by curbing the UGC alternatives to only these formats, we might well be missing out on a whole lot of possibilities. What is it, you may ask, that we’ve forgotten in favor of the pics and videos? That is, good old, reliable, been-around-for-ages written-text.

Think about it for a moment, how many times have we referred to user reviews when we’re trying to decide which gadget to buy or where to go out for that special dinner occasion? As much as pictures provide visually appealing images, we are still hardwired to rely on words more than on anything else.

So let us delve no more into the value of the written word and let’s dive into some ideas and examples of Writing Contests that can help you engage your audience, interact with them, and gather UGC.

Certain audiences will respond better to certain formats. A photo or video contest might be an easy choice for a Millenial or Gen Z audience, whereas a Writing Context may well be the best choice for a Gen X or even a Boomers audience.

Use the right holidays to say it with words

While Halloween might be the perfect setting for a Photo Contest (we’re thinking spooky costumes), other holidays are better suited to express feelings with words. Namely Thanksgiving, Mother’s Day, Father’s Day, and St. Valentine’s. You see where we’re going with this, right? These are all holidays that inspire us to share our feelings with our dear ones and that is always best to do with words.

Few holidays on the calendar are better suited for a writing contest than Mother’s Day, and nothing evokes mom like mom’s cooking. So, why not put two and two together in a Mother’s Day writing contest? Well, that is exactly what the folks at Lucky Nuts did. For their promotion, they asked participants to share, in 25 words or less, their favorite memory of cooking in the kitchen with them.

The registration form included a field where the participants had to mention which of the brand’s products was their favorite. This provided them with valuable market research as well as user data to use in later campaigns.

Thanksgiving is traditionally an American holiday that has slowly but surely been making its way into other English-speaking countries. For marketers, it also signals the “official” start of the Christmas or Holiday season and we all know how important that is. But most importantly, Thanksgiving is an opportunity to take a break from the rat race and take a moment to reflect on what we are thankful for.

Let’s take a look at what Yankee Candle’s Thanksgiving promotion. The brand organized a writing contest and asked participants to write a message saying what they were grateful for and to share it with a special someone. These kinds of promotions will not only engage your audience but will also spark an emotional reaction that will strengthen their connection to your brand.

A writing contest is a perfect way to allow your audience to share their story with the world. No moment is happier than welcoming a baby into a family, so Baricentro shopping center organized a writing contest on that topic. The idea was as simple as it was emotional. Participants had to describe the moment they first met their child. The prize consisted of a professional photo session for the family.

In this example, the National Association of Veterinary Technicians in America (NAVTA) together with Rescue Disinfectants organized a Writing Contest among their members. NAVTA asked them to share funny, memorable, and -why not- smelly stories they had lived on the job. Sharing experiences among colleagues is always a good way to strengthen links with your audience and to keep your brand top-of-mind among professionals.

The Easypromos Writing Contest app allows you to display writing contest entries in a public gallery, with a customizable design.

Promote a product or a service with a writing contest

Rueda is a wine-making region in the Spanish province of Valladolid. “Rueda Ruta del Vino” is an association that promotes the region and local products through cultural and wine-tasting tours. As part of their marketing plan, they organized a short story contest and featured it on their website. Participants uploaded their stories to the contest’s microsite where the general public could read them and vote for their favorite.

The stories had to revolve around wine, gastronomy and rural life. There were two kinds of winners. The first consisted of a first, second and third place winners were chosen by a jury and awarded a cash prize. The second kind was the story that received the most votes by the general public. The contest received around 150 stories and almost 3000 votes.

Besides featuring the stories in a public gallery, you can also enable public voting for people to vote for their favorite story. Additionally, you can include “share” buttons so participants and voters can share the promotion on their social networks and instant messaging apps. It is up to you to decide how to choose the winners: jury’s decision, popular vote, or a combination of vote. However you decide to select the winners, the Easypromos app includes a comprehensive fraud control system with 11 security controls to monitor the writing contest and prevent invalid votes and a Fraud Index to evaluate individual participants.

In this example, Barraza, an Argentinian cheese brand, organized a recipe contest to celebrate “Mozzarella Day”. Participants had to submit a recipe that included their mozzarella cheese for the chance of winning a bundle of the brand’s products. The organizer promoted and shared the contest on their social media profiles and received over a hundred recipes.

Promotions such as this one will provide your brand with a very valuable marketing asset. The validation and promotion of your product or service by the consumers themselves.

Writing contests can also be a powerful means to raise awareness on social issues. In this success case, Cinfa and Malas Madres teamed up to support mothers facing life struggles and allowed them to share their stories.

So you see, the saying “an image tells a thousand words” is not always true. Some things we can only say with words and we often forgot that UGC does not only consists of photos and videos. The written word is a powerful tool and as such, it needs a powerful app to make the most of it. Try our Writing Contest app and discover all of its possibilities.

If you have any questions or doubt about how to set up your own writing contest, contact our customer support team via live-chat. We will be happy to help. 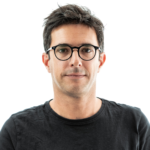 He joined the marketing team at Easypromos in 2021 and is in charge of multichannel marketing content creation and communication in English for Blog posts, newsletters, etc. Cesar has over 20 years experience in education & training, translation & interpretation and has collaborated with different marketing teams. When he's not working or walking his dogs, chances are he’s skydiving, paragliding or skiing. 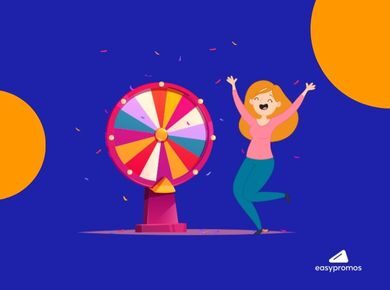 Interactive content is the latest trend of digital marketing and branded prize wheels happen to be great tools for customer acquisition and retention. Would you also like to boost sales, expand your mailing list, and promote your brand and product?…
Learn more The digital revolution that the world is going through requires brands to constantly adapt and adopt innovative marketing strategies to remain relevant. The emergence of social media and the way audiences use and interact with them is also in constant…
Learn more