In this case study, we explain how you can use an Easypromos Video Contest platform with user-generated content to better reach the audience. This format has a great ability to move and reach the audience and therefore it generates the much-desired engagement for brands.

Wiko is a European brand exclusively dedicated to the development of mobile phones that saw the light in 2011. Today they have more than 15 million users and is present in more than 30 countries. Wiko is in the TOP 5 of the mobile market in countries such as France, Italy, Belgium, Spain and Portugal. In 2015 Wiko sold more than 8 million mobile phones which means they sold a device every four seconds. Wiko Mobile Iberia, for their part, is the company responsible for developing the brand Wiko in Spain and Portugal. Since August 2013 they’ve put their effort into offering the best service and the latest technology in these markets.

This cobranding campaign was carried out together with the Spanish football club Real Betis Balompié from Seville.

The goal, in terms of marketing, was to create an action with branded content framed in the sponsorship of Real Betis. With this action they pretended to multiply the engagement from the followers and the fans and this way, increase the brand awareness.

With this goal in mind, Wiko and Real Betis Balompié decided to start Christmas celebrations early and give small businesses a boost. Wiko was already a sponsor of the football club and they chose to give up their ad space on the football players’ shirt for the game against the Athletic de Bilbao on December 11, the last game of the year that they would play at home, and the players would wear their shirts with the logo of the winner of the contest as a sponsor.

Under the catchphrase Be the sponsor of your dream! This initiative gave a unique opportunity to a chosen small business: To be the sponsor of a First division football club and that their business would be known all over Spain. The only requirement to qualify for the prize was that the business should have a physical establishment and be in Spain.

The idea was embodied in a fun social media video contest where each business could set forth their motives to why they should be a sponsor of the Real Betis football club.

Participation was allowed through various social networks and the voting system was activated, which both helped to make the contest viral in just a few days.

Furthermore, the contest had an unlimited broadband hosting system, a service that has been available since December 2016 in the Video Contest applications. It makes it possible to have no limit to the total number of videos nor to the number of times the videos are played. More information.

Easypromos is a democratic solution for all online community managers to create engagement dynamics with their users: They have both simple and easy to use solutions and others more complex and visually creative. The good results are guaranteed.

Responsible for Communications at Wiko 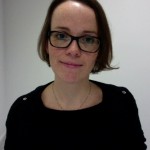 Storydoing appeared on every expert’s list of marketing trends for 2022. It is now well and truly consolidated as a vital part of marketing strategy for many businesses. If you’ve never heard this term before, let’s learn a bit more…
Learn more 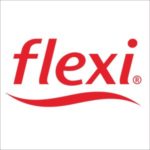 The footwear brand Flexi looked for a way to convert anonymous website visitors into leads. The Easypromos mini-games combined with attractive prizes turned out to be the perfect solution for the Flexi e-commerce. Learn more about the marketing campaign that…
Learn more