Since Facebook changed its rules in November 2014, forbidding organizers from forcing users to become fans in order to participate in a promotion, online campaigns aimed at increasing fan numbers have redirected their strategies towards obtaining leads for subsequent marketing actions. The Recruiters Contest is the most efficient method of achieving this. In this dynamic, users can opt for the prize only if they manage to get their friends to participate too. This simple but effective dynamic will permit you to extend the reach of the promotion, which the participants themselves will take on the job of viralizing and sharing! However, to ensure success and achieve the expected results, there are a series of steps you should follow. Let us take you through these now.

What does a Recruiters Contest consist of? The key to this dynamic is that it makes it possible to reward users for all the new participants they obtain for the promotion. As such, one point that you should make clear in all your different texts and messages is the concept of recruitment. What does it mean exactly? It’s very simple: participants must persuade their friends to enter the promotion as well.

Here are the 5 keys to ensuring that your Recruiters Contest is a success:

1. Make it clear to participants what they need to do

The first key to a successful Recruiters Contest is to ensure that users who come to the promotion can quickly find out what they need to do to participate and have a chance of winning the prize. To this end, it’s vitally important that you clearly explain the mechanics of the promotion. The Recruiters dynamic enables you to carry out the following two mechanics:

Both options are valid. However, whichever you choose, it’s vital that users understand the dynamics beforehand so they know what they need to do to win a prize.

IMPORTANT! Never automatically award the prize to the participant who recruits the most users because this will lead to greater competition between users, incentivizing bad practices.

Make the most of all areas of the promotion to outline its workings to your users. For example:

The second key to success is to ensure that participants understand how to invite their friends to the promotion and have them counted as recruits by the system. When a participant completes the promotion registration process, the platform generates a recruitment link which is unique to each participant. This is the link that participants must share with their friends when inviting them to participate in the promotion. It is vitally important to provide users with the recruitment link to help them in this process. To this end, the platform provides the following tools:

You’ll also be able to customize the viral content that participants share, helping them to convince their friends to enter the promotion. If you’re not sure how to write your viral content, don’t worry! We have a failsafe rule: write content in first person so that when a participant sends an invitation to a friend, the message will appear as if it’s been written by the participant him/herself.

A message that says: “I’ve entered a contest to win a trip for 4 people to Paris. Enter too and help me win!” will be more effective than a generic, neutral message. 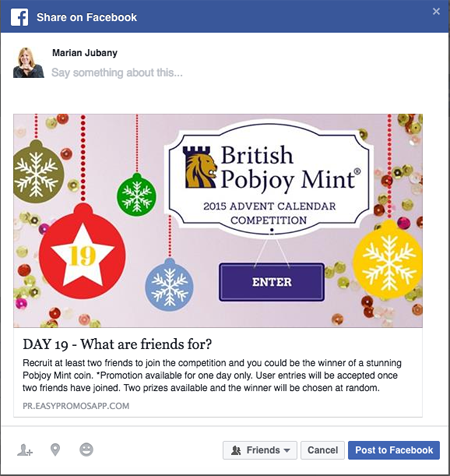 Want to see some ideas on how to write your viral content? Check out our 5 keys for achieving a viral promotion.

3. A prize that’s attractive and appealing to your community

In a recent study we discovered that 93% of users participate in promotions because they like the prize. This confirms what we already suspected: the prize matters. A lot.

The prize will become a decisive factor in attracting users to your promotion. However, to achieve the desired effect it’s not enough to simply offer a valuable prize: it’s also vitally important to ensure that users know right from the start what prize they can win. It’s essential therefore that you feature the prize, in your texts as well as your images.

To find out what kind of prize will appeal to users, and prove most suitable for your promotion, you should ask yourself the following questions during the briefing phase of your campaign:

If you need ideas about what type of prize to offer, find out which prizes are most popular with users.

Once the promotion has been designed, the next important step is to design the dissemination strategy to ensure that your promotion reaches your users. It’s not enough to simply have a well-designed promotion with an attractive prize: if it doesn’t receive visits then you won’t get the results you hoped for. And the key to obtaining visits is to bring traffic to the promotion in order to have an impact on the largest number of users possible.

But first you should ask yourselves a series of questions to help you to focus your communication strategy. The first and most important is: What audience am I aiming for? In other words, what profile of user might be interested in the promotion, and therefore will they feel encouraged to participate?

Knowing your target audience will enable you to hit your target and ensure that all the communication and diffusion actions that you carry out will be effective: the key is not so much to invest lots of money in advertising, but rather to do a good job of segmenting the public that you will target with the promotion.

Other questions you should ask yourself when designing the communication strategy are: Which channels will I use to promote the campaign? Facebook? Twitter? Do I have a budget to invest in advertising? Do I have a database of clients who might be interested in my promotion?

From this point onwards, once you’re clear about your target audience, you should think about how to go about announcing your promotion, based on the objectives, resources and means at your disposal. Discover 20 practical tips and recommendations for gaining greater visibility for your campaigns and achieving the greatest reach possible.

5. Communicate via email with your participants

We’ve already highlighted this point, but it bears repeating: the success of a recruiting promotion depends ultimately on two main factors. Firstly, whether users have correctly understood what they need to do to participate; and secondly, how easy they find it to ‘recruit’ their friends.

The Emails Platform is designed to help you with both these factors. It enables you to communicate with participants, in a way that is both direct and personalized, via automated emails. The objectives of these emails will be as follows:

Fluent and direct communication with your participants will help to improve their promotion experience. Participants are sure to be happy to receive your emails and find out how they’re doing. Who wouldn’t be pleased to receive an email like this one: 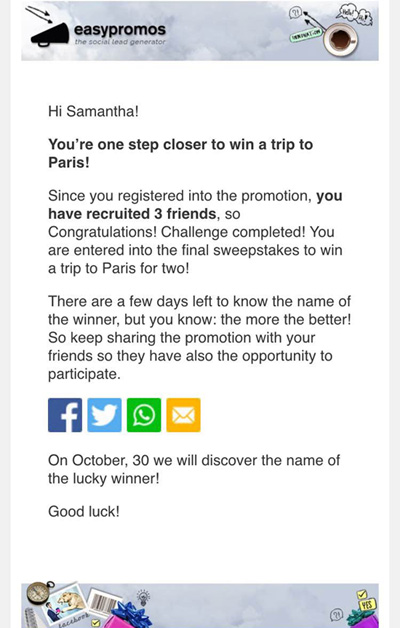 Find out how to create emails designed specifically for Recruiters Contests.

Now that you have the keys to carrying out a truly effective Recruiters Contest, how about creating your own Recruitment Campaign? Click here and we’ll take you through it step by step. 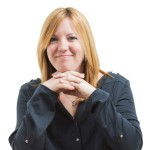