Specializing in online marketing and social media, Houser & Houser offers a wide range of online services. As an agency, Houser & Houser understands that Easypromos contests are an excellent tool for increasing the number of fans on Facebook. But as we will now see, they have proven that the platform can do much more than that.

Black & Decker, a world leader in DIY and gardening tools, opened its Spanish and Portuguese Facebook profiles at the same time, inaugurating them with a contest designed to give the launch greater repercussion.

Black & Decker was looking to grow their Facebook community, as well as learn more about their fans – in order to provide content that would be of interest to their followers. The company wanted to target their Spanish and Portuguese audiences, therefore they launched two separate campaigns – one for each country.

Black & Decker and Houser & Houser opted for the Easypromos Survey application; it allowed the brands to collect valuable information about their social media following, as they could better understand what their audience wanted to see. The survey also allowed participants to share ideas for upcoming content.

Thanks to the simplicity of the Survey app, the brands managed to achieve both objectives:

It is important to know and recognize that an Easypromos contest offers functions that go further than fan obtainment. One clear example is the 2.0 market study – a quantitative study that is focussed closely on the brand target. The world of social media is getting bigger - and marketers are spreading their ad investment across more networks than ever before. Let's take a look at how multi-network social media giveaways can help, with 6 success stories from 6…
Learn more 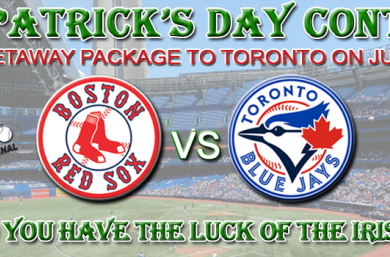 How to move a thriving national Slo-Pitch Softball community from its offline roots to one of online engagement? To achieve it, Slammin Media organized a three week campaign based on St. Paddy’s day sweepstake using the Easypromos viral recruiting system.…
Learn more