In February 2016, we put a series of new fraud control measures into operation in all our contests. Organizers weren’t aware that these controls were in place, but we were assessing in beta. Since then, we’ve received just three fraud queries: we resolved two of these easily; the third helped us to develop and refine our controls. Our new measures were clearly working.

Before you begin, here are some direct links to basic information

If you don’t want to read the whole post, these basic points will tell you what you need to know:

NOTE: the new anti-fraud control system is, by default, always active and enabled for any type of voting contest, regardless of version: Basic, Premium or White Label.

Contests based on voting – whether for photos, videos or texts – are one of the most popular promotion mechanisms because they provide brands with the following benefits:

On the other hand, voting contests encourage users to compete among themselves, and when your contest is shared across social media networks, you lose control over who participates, and small arguments between participants may grow in scale and intensity. This means that the contest organizer must deal with such incidents and find a way to verify the votes. Mismanagement of these two points can give a brand a bad image – something which spreads quickly online.

The Fraud Control System has been designed to achieve the following 4 objectives:

What have we done to control fraud?

1. We’ve analyzed online vote sellers: We’ve studied how online vote buying works. We know who the leading sellers are, how they advertise, and how they communicate. We’ve built a complete picture of who they are and how they behave.

2. We’ve purchased votes online: Our team set up a one-off voting contest, which only they could access, to act as a honeypot. We then bought votes from the leading sellers in order to:

(2) register the votes obtained and add them to our database

(3) analyze their conduct and develop algorithms for detecting behavior patterns

(5) evaluate the effectiveness of new antifraud measures. They work. In all cases we were able to successfully detect fraudulent votes

3. We’ve analyzed all past contests: thanks to our analysis of vote sellers we’ve been able to detect patterns and broaden our database of accounts suspected of vote buying.

4. We’ve developed new technical mechanisms: the purchase of online votes has enabled us to view the M.O. of sellers and to program countermeasures designed to detect and block them.

There are security controls that evaluate patterns of vote-buying, fake or suspicious accounts, IP manipulation, frequency of voting, etc. You can read a description of each of these security controls, and its associated alert, in this link.

In addition to these 11 security controls, two extra systems have been added to help prevent fraud:

As entries receive votes and alerts are registered, the system calculates the Fraud Index of each participant.

The Fraud Index calculated by Easypromos represents the probability that a participant is obtaining votes fraudulently. This Index is between 0% and 100%. If the value of the Fraud Index is equal to or more than 100%, Easypromos will consider the entry fraudulent.

Contest organizers can access the participants list from their Dashboard. For each participant the organizer can view the number of votes and the Fraud Index of each vote:

By accessing the Fraud Index, the administrator can see a list of all the security alerts registered for this user.

Recommended use of the Fraud Index is as follows: The administrator can include the Fraud Index, calculated by Easypromos, in the Legal Bases of the contest as a factor for determining the validity of participations. In this way, the organizer has an objective value with which to verify the participant of a voting contest.

Here’s everything you need to know about the Fraud Index: what it is; how it’s calculated; what text to include in the Legal Bases; plus recommendations for use.

There’s no such thing as definitive and permanent fraud control. Users who engage in bad practices will always try and find new ways of getting their hands on prizes. That is why the struggle against fraud and the analysis of current contests, user behavior and so on, must be carried out on a day-to-day basis.

Below, we present a series of tips which will serve you well in your voting contests:

1.- Don’t award the prize to the most-voted user.

If you award the prize to the most-voted participant you’ll be inciting greater competitiveness among participants. This increases the likelihood that a participant will be tempted to use bad practices to obtain the prize. We suggest you use one of these two mechanisms instead:

2.- Instead of employing social network functions such as Like, Favorite or RT, utilize a specialized voting system.

Features such as Like in Facebook and Instagram, or Retweet and Favorite in Twitter were designed for users to express their feelings about social media content, and not as specialized voting mechanisms. Since these functions were not intended to be used as voting tools, they provide more opportunities for carrying out fraud. An online vote seller is only too happy to be asked to vote for a Facebook photo by Liking it, as this method of voting isn’t subject to any fraud control mechanisms.

Whenever you organize a voting contest, make sure you use programs or mechanisms that have been specially designed for monitoring votes. This will enable you to minimize fraud.

3.- Don’t disqualify a user until the voting period is over

It is not good practice to disqualify users while the voting contest is still active. Participants may react badly to being disqualified and attempt to sabotage the contest by posting offensive comments, making false accusations, questioning the validity of other contestants’ entries or even casting false votes for other entries.

It’s true that a participant who’s carrying out fraud and obtaining many votes may discourage those who want to do it correctly from taking part. But it’s still better to disqualify the fraudulent user at the end and avoid putting your contest at risk from sabotage. In the long run, disqualified users will either realize that they aren’t winning any contests and stop participating, or they’ll be permanently blocked from taking part in further contests due to recurrent use of fraud.  Another alternative is to hide the vote counters during the voting period and wait until the end of the contest – once fraudulent users have been disqualified – before publishing them.

4.- Use your Legal Bases to inform participants that you’re going to apply the Easypromos Fraud Index to determine the validity of each entry.

We recommend that you only disqualify a participant flagged up by the Fraud Index once the following three conditions have been met:

Use the following text in your Legal Bases:

“The contest organizer advises that the validity of votes received by contest participants will be assessed using the “Fraud Index” tool developed by EASYPROMOS. Using this tool the Organizer can determine, upon finalization of the voting period, whether the participant has engaged in fraudulent practices in an attempt to obtain more votes. If the Fraud Index of an entry is equal to, or more than, 100%, the Organizer reserves the right to disqualify the participant and declare his or her participation void.”

5.- Don’t believe all allegations made by participants

Some users will make false allegations in an attempt at sabotaging a contest or casting doubt over the validity of other participants’ entries. You should have a generic response prepared to thank the participant for his or her report and explaining that the validity of participations will be ascertained at the end of the contest using the Easypromos Fraud Index. 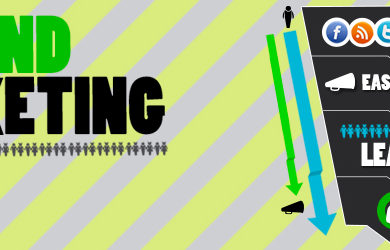 Our mission is, and always will be, to deliver tools that offer businesses, marketing teams and agencies the best technology to support online contests and sweepstakes as an impactful part of their marketing strategies. We want to be your technological…
Learn more

Easypromos has grown to be what it today is thanks to all of you who are using our applications and the amazing word to mouth effect that you have created. So we wanted to thank you by giving you the…
Learn more