Easypromos’ “Build your team” app is a simple dynamic to explain and understand. We all are familiar with the image of a sports pitch or court with the overlaid images of the players, typical on TV. Moreover, speculating on what the starting lineup of a team will be is a popular topic for discussion among fans and commentators for most team sports.

With the Easypromos’ “Build your team” app it’s possible to draw up a team’s lineup on a fully customized and shareable image. Challenge your friends and contacts to participate and come up with their lineup, each correct guess scores a point in the public participants’ ranking.

Take a look at these 3 ways to make the best of your “Build your team” promotions.

Create the lineup of one team

The most straightforward and quickest way to use the “Build your team” app, is to create a promotion asking participants to guess the starting lineup of their team for the next match.

The organizer can manage and customize all the elements regarding the looks and functionality of the promotion, namely:

The participation flow is quite straightforward. Once participants log in, a screen with the available players and positions will come up. The system will make sure that the total number of players selected and their position on the field is within the limits previously set by the organizer. Easypromos will then generate an image. The participant will then be able to move the players around to make the lineup more realistic. The participants can then download and share the final image of the team’s lineup on social media and messaging apps.

Once the real starting lineup is made public, the organizer will update this information on the promotion editor and, depending on the participation mode, participants will receive the corresponding points for guessing the players and their positions on the playing field.

If you would like to challenge your followers and clients with a similar promotion, try our DEMO here. And if you like it, download the ready-made template to create a promotion for your brand.

The second participation mode is similar to the previous one, only with double stakes. This time, participants have to come up with the lineups of the two opposing teams.

From the control panel, the organizer creates two teams and the user will have to come up with the lineups of both the home and the visiting teams. The final score will take into account the players for both teams.

Since there will be more players to show on the playing field, the images of the players, or jerseys, will be shown in a smaller size. The final image will look like this:

Using the “Build your team” app, you can create promotions like the following:

Try this Qatar 2020 Create your team DEMO and if you like it download the ready-made template to create your own.

The general idea is as follows:

A key issue to keep in mind in this configuration is to set the position in the background image where the candidates chosen by the user will be shown, and to not allow the users to manually position their candidates. In short, when the user selects a candidate for a given position, the system will automatically place it in the slot previously set by the organizer.

We hope you find these examples of our “Build your team” app useful and motivating to create a promotion of your own. If you have any questions, you can contact the Easypromos support team, we will be happy to help. You can also contact our commercial team to try a DEMO live or to get advice, recommendations, and best practices. 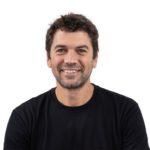 Co-founder and sales director at Easypromos. He’s an economist and he has been involved in digital projects for more than 20 years. Miquel's focus is to help customers grow through the solutions offered by Easypromos. If Miquel is not consulting the Easypromos CRM, you can find him hiking with his family or playing padel with his friends. 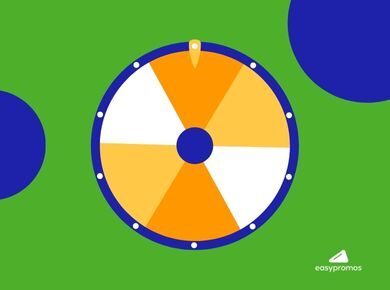 Participating in a giveaway is always exciting, especially when it’s not your knowledge determining whether you’re the winner. Fate is the most appealing part of any type of roulettes. Do you want to create a branded prize wheel to distribute…
Learn more 2022 will go down in history as the year of the acquisition of Twitter. It's time to take this social network seriously - but how? Here are 7 ways to run a Twitter competition, tailored for 7 different marketing objectives.
Learn more